The group was started in 2011 after Mads Nørby Sensei and Lars F. Andersen Sensei visited and trained with Tokumura Sensei in Okinawa. But the history of the group goes back to 1989 when Lars Andersen Sensei returned from the US after training a month with Terry Creamer Sensei. During this month Lars Andersen Sensei learned Tokumine no Kun and Kusanku Sai of Isshinryu Karate. In the early 90’ies practioners from different groups such as Shingoryu, Kenpo and Taekwondo and later Jushinryu Ju Jutsu started having an interest in Kobudo so Lars Andersen created Bo Kihon Ichi and Bo Kihon Ni in order to prepare other styles to learn Tokumine no Kun.

In 1992 the Danish Karate & Kobudo Organization was founded by Lars Andersen Sensei and Lasse Jensen Sensei. The group then met and trained bo for some years. No gradings were given out. 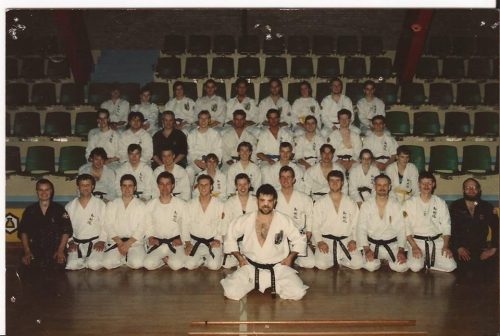 In 2002 the old DKKO group faded away into just being a seminar now and then.Lars Andersen Sensei and Mads Nørby Sensei decided to take the system futher, so the Okinawa Kobudokan International was founded. The system was based on the same idea as the DKKO, but included more weapons such as; sai, tonfa, kama, nunchaku and eku. Two kihons(basic pattern) were created for each weapon. All kihons were inspired by combinations from the traditional katas which were included into the system. These katas included Tokumine no Kun, Chatan Yara no Sai and Hamahiga no Tonfa.

So when Lars Andersen Sensei and Mads Sensei trained under Tokumura Sensei in 2011 they realised that Okinawa Kobudo International should be disbanded and everybody should join Tokushinryu Kobudo. However the kihons of the Okinawa Kobudo International curriculum were kept as a template for the Tokushinryu Kobudo Europe kyu curriculum. Eight double kihons were created in order to prepare the practioners for the katas. Furthermore, an instructor training was started in Copenhagen where participants from a variaty of styles attended this training every first Sunday of the month for 6 years. The program ended in December 2017 and had no less than 72 gatherings. 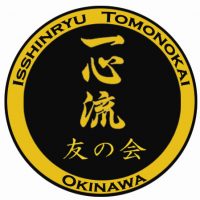 Tokumura Sensei and Perkins Sensei visited Denmark in 2014. A gasshuku was held in Copenhagen with participants from Denmark, Germany and Romania.

Tokushinryu Kobudoka from Europe, USA and Japan traveled in 2015 to Okinawa in order to participate in the 2015 Embukai(demonstration). The Embukai was held at Tokumura Sensei’s 74th birthday. A special guest at the Embukai was Nakamoto Kiichi Sensei 10th dan who promoted Tokumura Sensei to 9th dan in 2001. 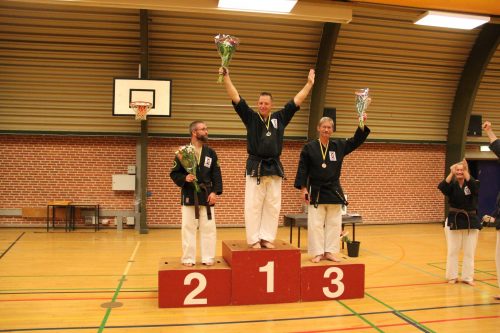 The first official Winter Camp was held in 2017 by Anders Uhrenfelt Sensei and his crew from the Valby Shibu in Copenhagen. The event also included the first TokushinryuKobudo Cup in Copenhagen .Tokushinryu practioners from Denmark, Germany, Italy, Romania and Sweden have since yearly attended the Winter Camp. The 1st Tokushinryu Cup was won by Andreas Mischkewitz Sensei from Germany and the 2nd Tokumura Cup was won by Diego Rodriguez Sensei from Sweden.

Later in 2017, Mads Nørby Sensei joined forces with Sensei Ingrams in Okinawa for visiting and training under Tokumura Sensei. Ingram Senseis had joined the Tokushinryu family through the guidance of Jeff perkins Sensei and through numerous acquaintances with Tokumura Sensei & Lars Andersen Sensei in the States. Nagira Sensei of Tokushinryu Japan was also present, and all curriculum was studied and a small exhibition for the local community was held.

Tokushinryu Kobudo continues to evovle in Europe. Since 2011 more than 20 journeys have been made by European Tokushinryu Kobudo instructors to Okinawa. Several visits to the US training under Jeff Perkins Senseis guidance. As an addition, several international gasshuku has been held with representatives and instructors from Tokushinryu kobudo worldwide.