Tokumura Kensho Sensei was born on October 25, 1941 in the Village of Heshikiya, Katsuren Okinawa. In 1956, he started training in Shorinryu Karate while attending Agricultural Junior High School located in
Agena Village, Okinawa.

In April 1957, Tokumura Sensei went to see the founder of Isshinryu Karate, Tatsuo Shimabuku Sensei at his Agena, Village Dojo. Shimabuku Sensei explained to Tokumura that a person using a vertical, non twisting punch could throw more punches than a person using traditional twist punches. A speed punching contest ensued between Teacher and potential student with Shimabuku’s vertical punches winning. Tokumura started Isshinryu and became a student of Shimabuku Tatsuo’s until the Masters death on May 30, 1975.

Tokumura said that Tatsuo would have him teach Americans when he was still a white belt. He was only a teenage “school boy” and was scared to teach the older Marines. Shinsho “Ciso” Shimabuku (Tatsuo’s 2nd son) would teach during the day and Tokumura would teach at night.

He was promoted to ShoDan (1st Degree Black Belt) by Tatsuo Sensei giving him a used black belt that had been left in the dojo. The belt was too long so Tokumura had to cut it’s length.
After Tatsuo Shimabuku’s death on May 30, 1975, Tokumura trained in the Kinaka dojo and taught for Kichiro Shimabuku, the founder’s first son.

On March 17, 1977, Tokumura Sensei received his Shihan License from Kichiro Shimabuku. He was promoted to Rokudan (6th Degree Black Belt) on July 10, 1984 by the Isshinryu World Karate Association (IWKA). Tokumura Sensei also tested for RokuDan under the Japan Karate Federation (JKF), where he received a perfect “10” score on his kata. He received his Rokudan certificate dated March 16, 1985, signed by President Ryoichi Hasegawa of the JKF.

Later, Tokumura Sensei would study Kobudo under Master Eisuke Akamine who was the successor to Shinken Taira.
In October 1987 Tokumura Sensei left Isshinryu to study Gojuryu Karate at the Jundokan in Naha under Miyagi Chojun student, Miyazato Eiichi Sensei.

With over 50 years of martial arts experience, Tokumura Sensei has developed his own style of Okinawa Kobudo. It is called “Tokushinryu Kobudo” by his direct students because many of the kata bear the name
“Tokushin”. The name utilizes the first kanji of Tokumura Sensei’s name “Toku” 徳 and the kanji for “shin” 身 which means “body” or “oneself” and refers to his (Tokumura Sensei’s) personal Kobudo. 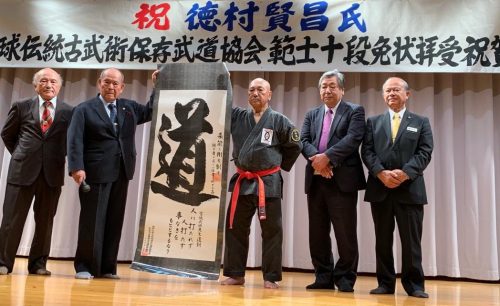 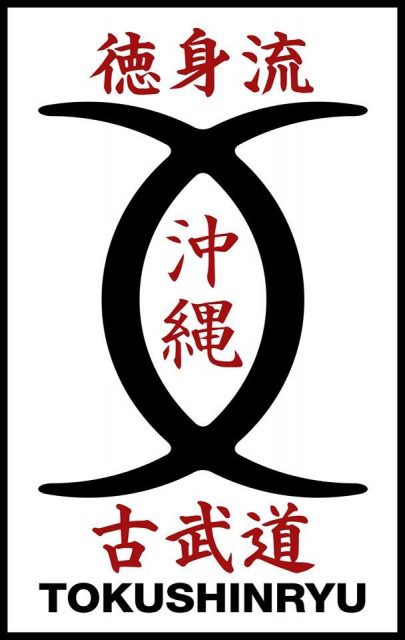